In 1999, Hana Hikelová started to work in Czech Radio as an economic and political editor of News and as a moderator of current affairs programmes of Radiožurnál. Later, she became Editor-in-Chief of the news station Rádio Česko, and Director of News in Czech Radio. Until the beginning of the year 2012, she was the head of the most listened-to stations of Czech Radio – Radiožurnál and Rádio Česko.

From 2013, she was Director of PR and Communications in Export Guarantee and Insurance Corporation (EGAP), where she specialized primarily in corporate and crisis communication, and in promotion of the support of exports to non-EU countries.

In the PR agency HATcom s.r.o., she specializes in corporate and crisis communication, strategic consulting, and both presentation skills and media training. She primarily manages projects focused on the support of exports. 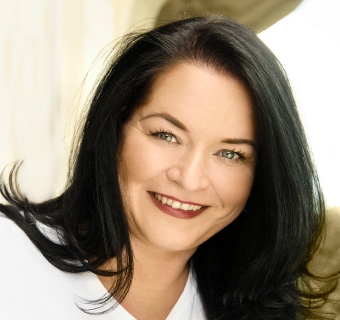 Jan Žižka worked in a number of Czech media, where he specialized mainly in economy and foreign affairs. In recent years, he has been focusing on the area of energy – especially in the economic, political and business context.

After a temporary break from the work in the media, he did a qualitative market research as a project manager in AISA agency. Later he became a reporter for the weekly magazine Euro, where he subsequently worked as a Deputy Editor-in-Chief. He held the same position in the daily newspaper E15 and in the web magazine Česká pozice. Until January 2016, he led the economic section in Lidové noviny.

He studied International Relations in Moscow and he further devoted himself to the study of foreign languages and economics.

In the PR agency HATcom, he specializes in energy projects and export topics. He is the editor of the magazine Modern Economic Diplomacy and of the website Export.cz.

Blahoslav Hruška began his journalistic career in the Prague office of the Swiss Radio (Schweizer Radio DRS), from where he left to the foreign desk of the daily newspaper Právo. Later, he worked for Aktuálně.cz and for the weekly magazines Ekonom and Euro, in which he focused on the economic policy of the EU and on the Czech foreign policy. Till December 2018, he was an editor in Lidové noviny, in which he covered the situation in European institutions.

He graduated in German and Austrian Studies at the Charles University; he was on study stays in Berlin and Düsseldorf. Thanks to the Robert Bosch Stiftung, Blahoslav Hruška deepened his journalistic education during his study stay at Berliner Journalisten-Schule. He was awarded for his work by the European Commission and by the German Embassy in Prague among others.

In the PR Agency HATcom, he specialises in development projects, export topics and the construction industry.

In our PR Agency, Lucie Kramperová focuses mainly on marketing projects and on organisation of events including the expert conferences.

Ensures, among others, communication with the partners of HATcom s.r.o., and assists with organizing conferences.

Focuses mainly on organizing conferences and events for our clients.

Focuses mainly on communication with our foreign partners and media.